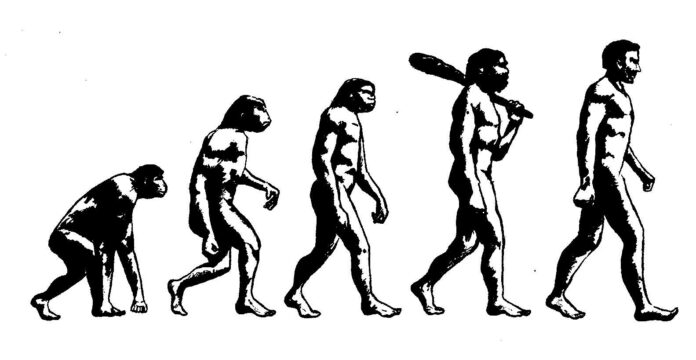 More and more information might constantly be surfacing about evolution, but few would disagree that this is a complex beast to get one’s head around.

Through today’s piece, we’re going to try and rely on visuals to help you out. Here are some of the best infographics we have come across which bid to talk about evolution to make the points a little clearer.

How did we become human? (Author: Oxford University Press)

As you may soon find out, some of the infographics that we are about to cover are a little complex. As such, let’s start with a simple version by Oxford University Press.

We’ll leave you to mull over it, but in simple terms this graphic just talks about how we have humans were eventually created after over 100 million years of evolution.

This next infographic takes a look at a creature in which humans supposedly didn’t evolve from. We say “supposedly”, as while it seems pretty clear that this wasn’t the case, there are all sorts of mysteries when it comes to dinosaurs.

Nevertheless, the infographic shows how some of their teeth are formed. What’s interesting here aren’t the links with humans, but how the teeth amongst the dinosaur group as a whole are so different. Some are based on five layers of tissue, others have different biting forces while all are able to regrow teeth. It’s these differences which are important when trying to highlight the topic of evolution; we are all made differently in a bid to satisfy our different lifestyle requirements. In the case of a dinosaur’s “lifestyle”, this naturally revolved around their prey! 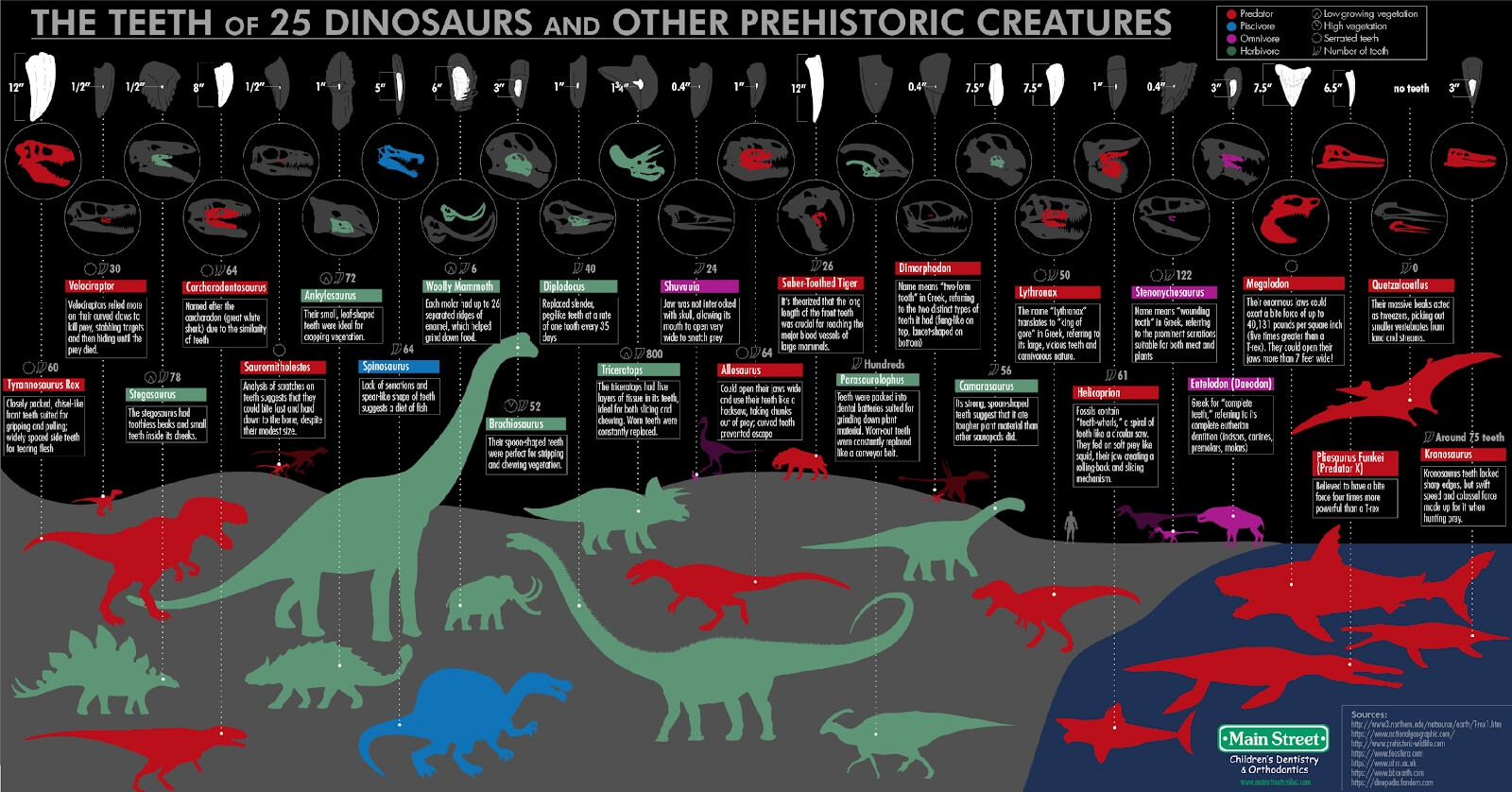 As you can see, this next infographic is actually comprised of several sections – so please bear with us. If you have performed any sort of research on evolution you will have read umpteen myths that have come to light about the topic.

Put simply, this infographic tries to put them to bed. Will some view it as controversial? Probably. It does tackle some taboo topics in the world of evolution, which might perhaps plant some good seeds of knowledge for you. 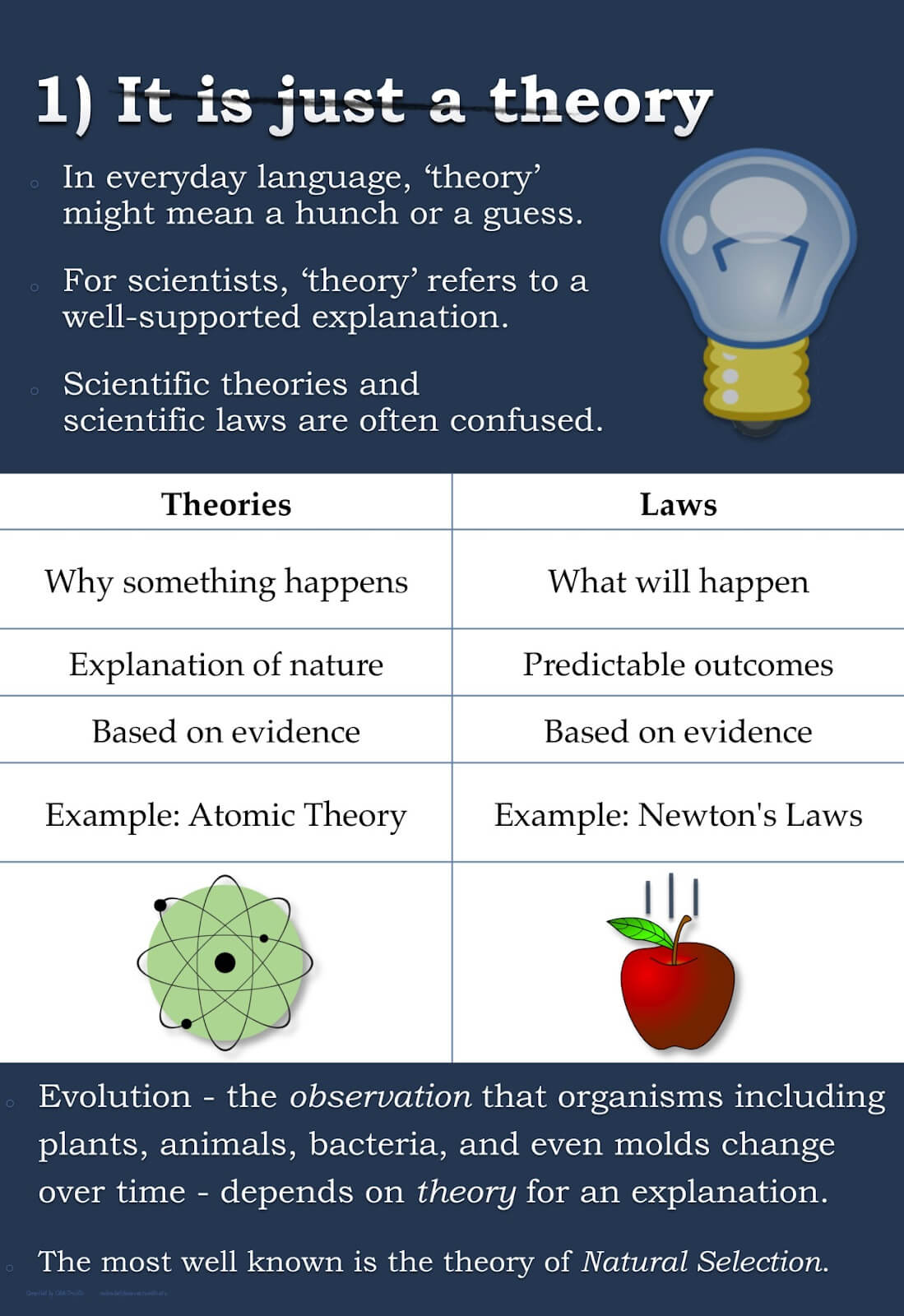 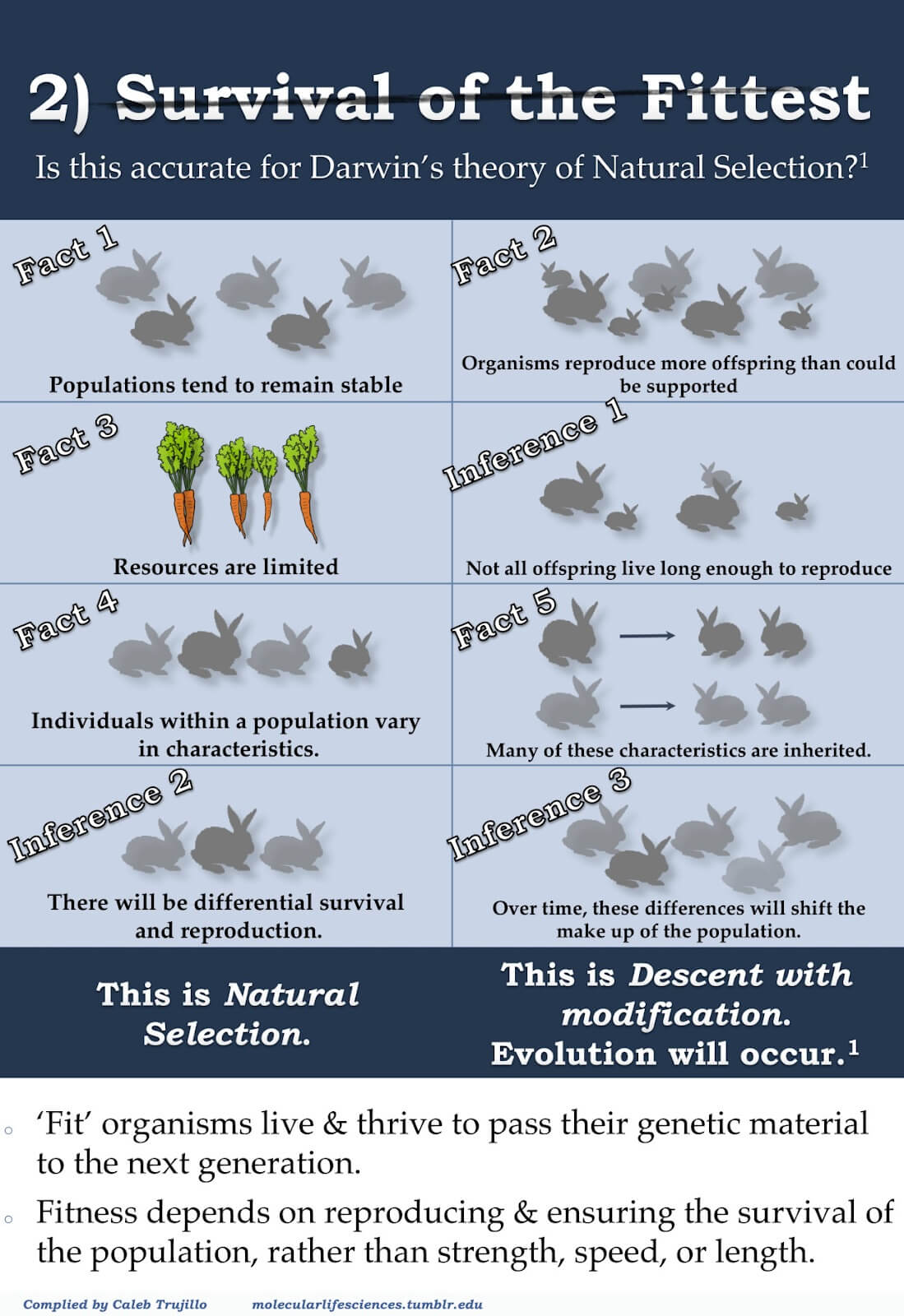 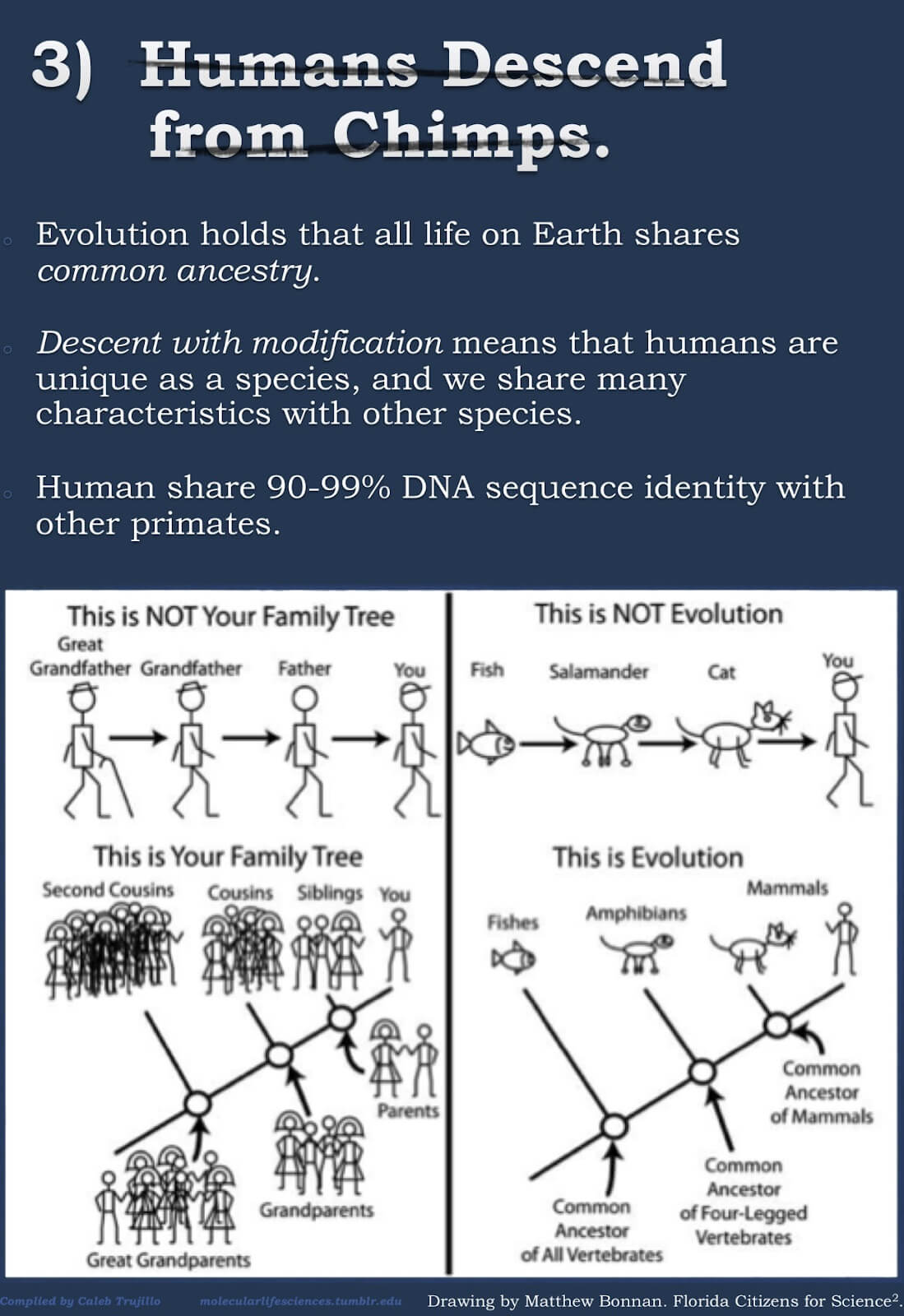 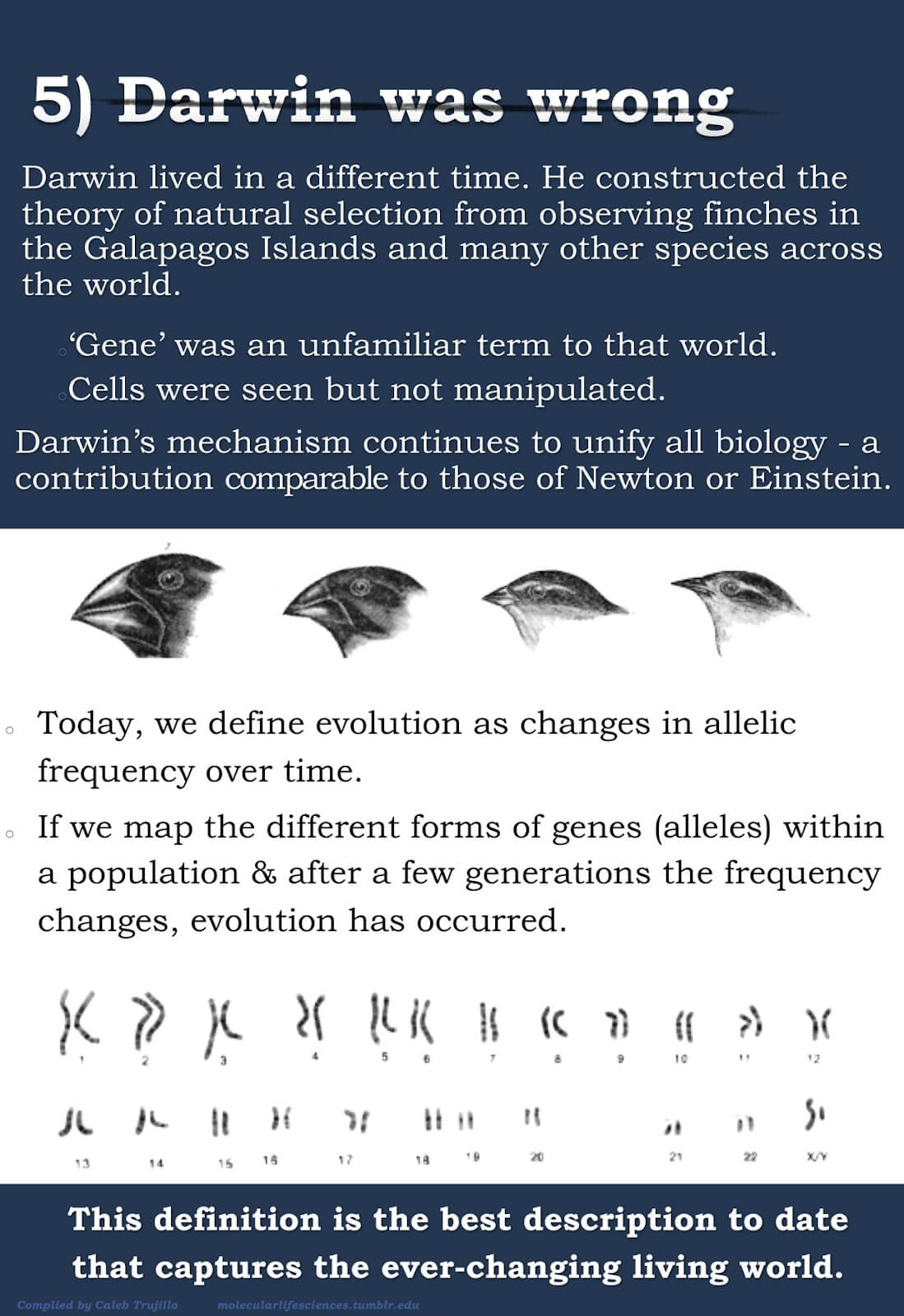 We have purposely left this infographic until the very end, as it’s probably one of the more complex we are going to look at. Put simply, it looks at the evolution of hominids and shows how each has evolved over the years.

The story starts over six million years ago and comes to the here and now. Granted, you might have to pick up a science encyclopedia at some points to help you out, but it certainly shows how we have been formed the way we are today. 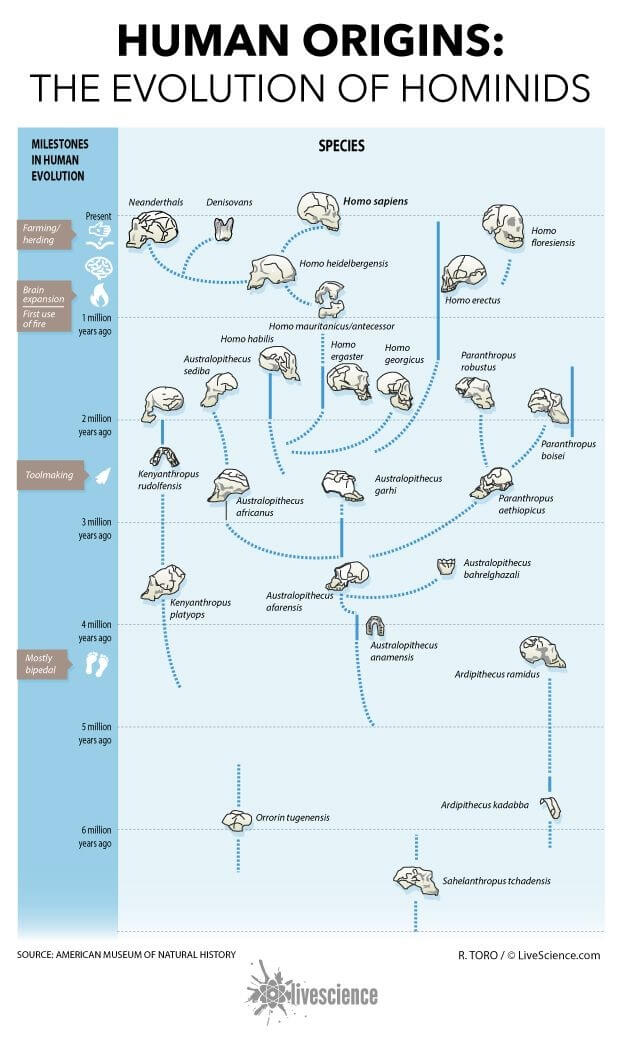