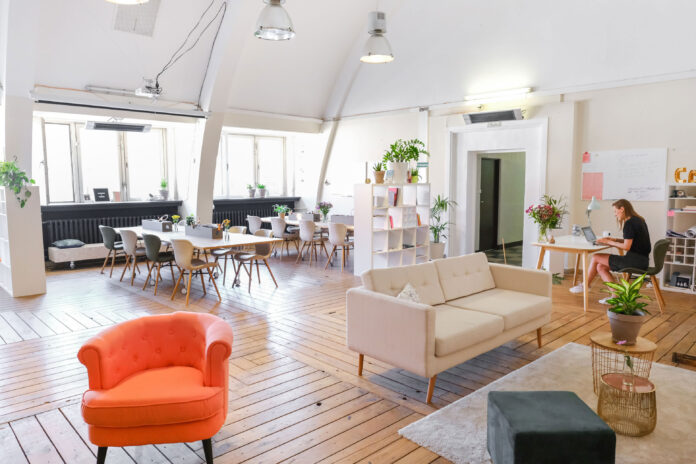 The world of coliving continues to be an upward trend

Companies like SharedEasy, Common, and The Collective have transformed the way young professionals live, offering them access to a gym, communal events, and classes all in a shared space.

“Co-living spaces offer millennials an affordable, convenient alternative to renting,” said Sarah Van Kirk, Ph.D., assistant professor in residence of Housing and Real Estate and the Department of Urban and Environmental Policy at the New School.

With rent prices on the rise and student debt at an all-time high, more young people are choosing these spaces over traditional apartments. Van Kirk said co-living spaces are “a way for millennials to stay in these vibrant, urban neighborhoods where they work, play, and socialize.”

What are co-living spaces?

When looking to rent a co-living space, one should focus on amenities, location, and price. Amenities can include gyms, coffee shops, play areas, lounges, rooftop bars, and game rooms. Location includes proximity to public transportation, work, and dining. Price, of course, comes down to individual companies’ financial limitations. Co-living spaces can range from $800 to $3,000 per month. 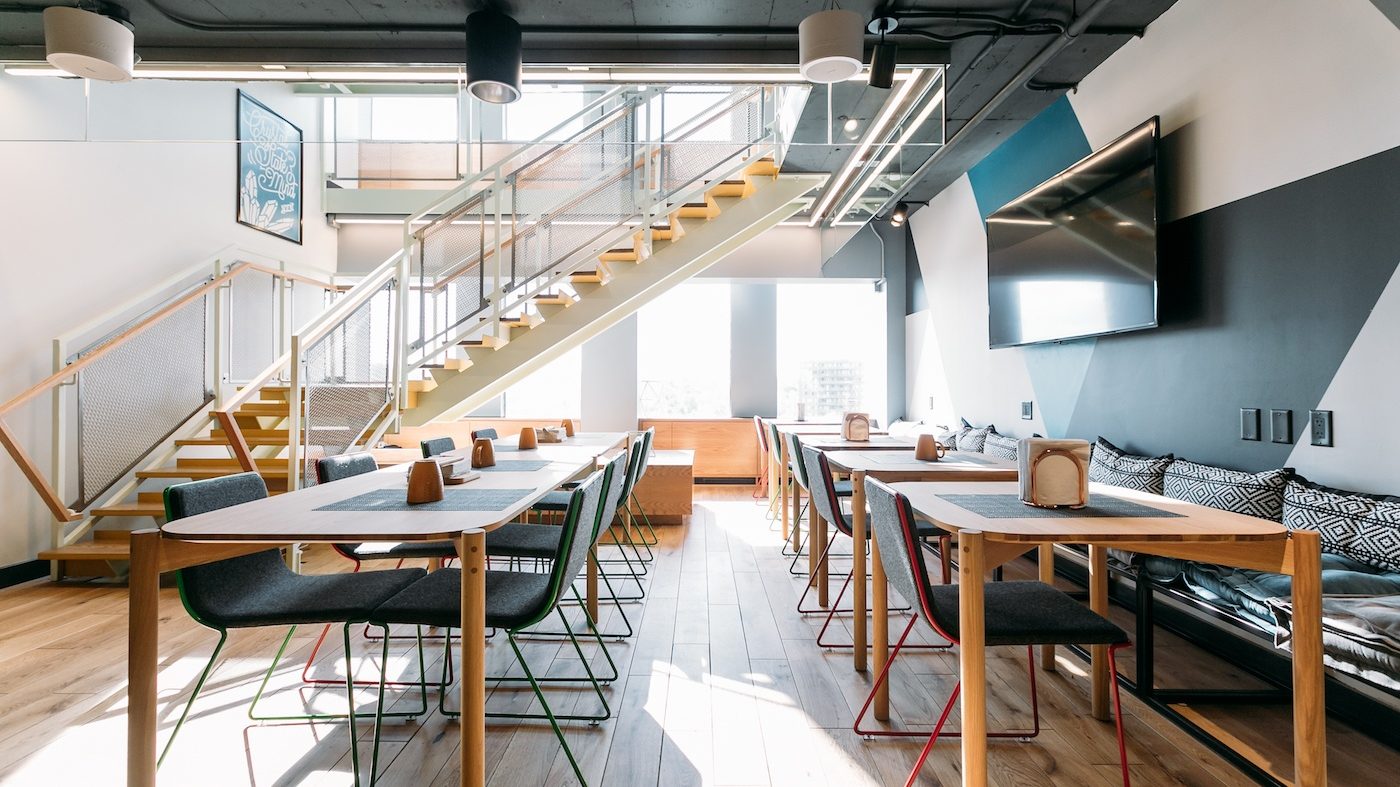 Today, there are over 100,000 co-living spaces in the U.S., and that number continues to grow, as more and more millennials move away from traditional dormitories and into co-living spaces.

As appealing as co-living spaces may be, they are not a solution for every type of millennial. Co-working spaces are often too communal for introverts, while co-living spaces can be too private for new graduates who are eager to establish their adult identity.

For more, you can read SharedEasy’s article on what is coliving.

Co-living spaces are usually geared toward those between the ages of 21 and 28. However, some co-living spaces have begun to accept older adults, such as retirees and empty nesters, in order to accommodate this growing demographic.

Co-living spaces can be an affordable option for millennials and older adults looking to live in New York City, London, and other major cities around the world, and this trend doesn’t seem to be stopping anytime soon.

The history of coliving in New York

In the past, co-living was a rather obscure term mostly used to describe a lifestyle choice, but today it is a booming industry representing a growing service required by a portion of the population. The phenomenon of co-living was born out of necessity in New York City in the early 20th century when several groups were living together for financial reasons. Legend has it that the concept was born after one girl ended up hosting another family after being evicted from her previous dwelling.

It’s no surprise that New York City is one of the most expensive cities in the US, if not the world. According to industry leaders in activity-based housing, rent for a room of 80 to 120 sq ft with the use of a shared bathroom and kitchen can range from $1,600 to $2,300 per month in Manhattan. This range is about 75% lower in Brooklyn and Queens.

The concept of co-living is listed as a prominent housing trend in the 2017 edition of the PwC report, “Housing Trends: A Launchpad for Innovative Services.” The report adds that the number of co-living spaces is expected to grow from nine in New York City in 2016 to at least 30 by 2018.

Most large, metropolitan cities that attract young professionals with promising careers and new-age families exhibit little to no vacancy rates for single-occupancy dwellings. Consequently, these localities are increasingly occupied by people who work in the city but reside outside of it.

As of 2012, nearly 40% of New York City’s housing stock was occupied by renters, many living with unrelated individuals or families in what is popularly known as “roommate arrangements.” However, more and more, Millennials are pursuing different opportunities to live on their own without breaking the bank. Several large-scale residential developments like SharedEasy focus on the Millennial demographic’s need for intentional community living with services that include social events, housekeeping, and cleaning. 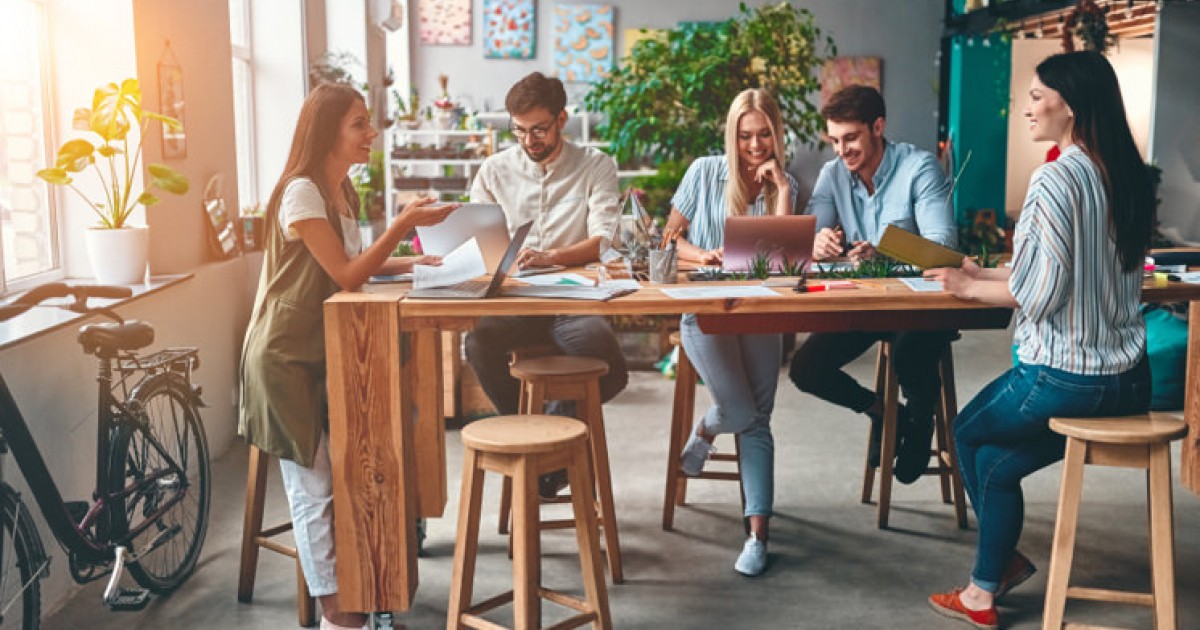 They can also rent all or most of their floor, rather than being forced to leave an empty apartment after every lease expires. Those who are not able to find roommates can rent a room for cheap. As co-living spaces continue to grow in popularity, they will have to convince more people that they are worth it.

If you’re wondering how these filing cabinets work, you create your profile on the co-living web platform and put down deposits of $100–$200, go through an interview and then look for rooms that fit your preferences and budget.

Coliving spaces in the 20th century have been popular for a while in various parts of the world which are expected to rise in coming decades. These places offer furnished shared rooms in a house or a larger apartment that also includes a common area where people can congregate. Usually, these living places are intended for people who want to live in coliving groups.

The Perks of Regular Carpet Cleaning at Office

The Positive Effect of Premium Office Desks on Business Success